A Rock By Any Other Name…

Obviously whoever came up with the name “Remarkable Rocks” didn’t strain anything in the process but you’d be hard pressed to find a more fitting name. 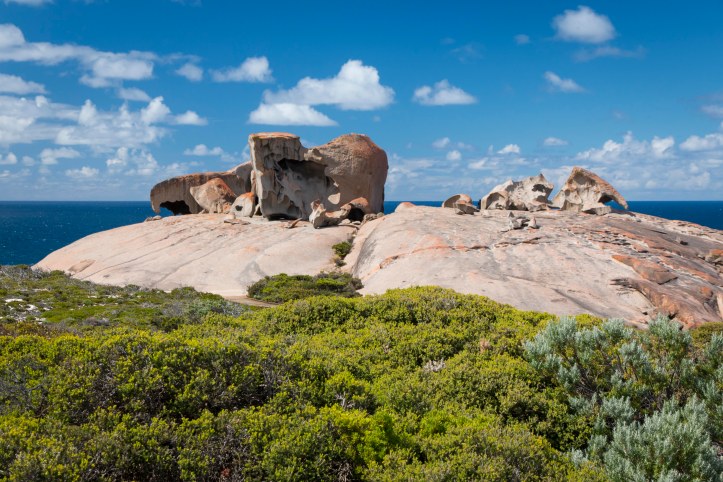 These incredible granite rocks seem like they could slide right on into the sea like some unlucky visitors have over the years, but our guide assured us they’ve been there for millions of years and aren’t going anywhere anytime soon. 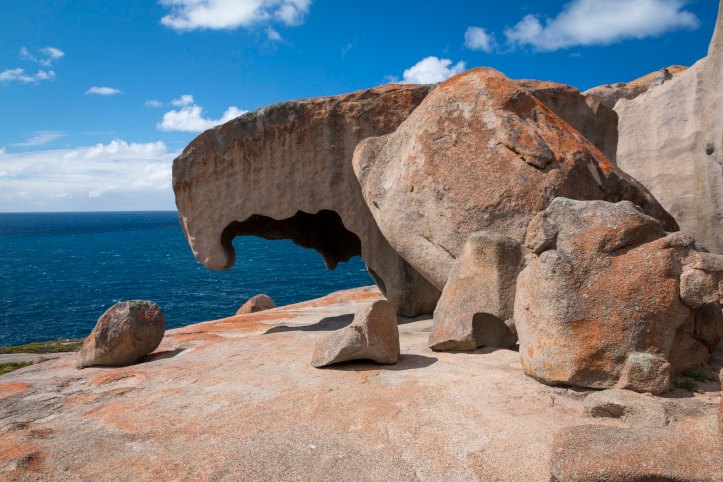 The fantastical shapes seem unlikely and maybe even overdone if you were at Disneyland but Mother Nature has a more vivid imagination than even old Walt, and the incredible curves and waves are the result of millions of years of wind and sea erosion. 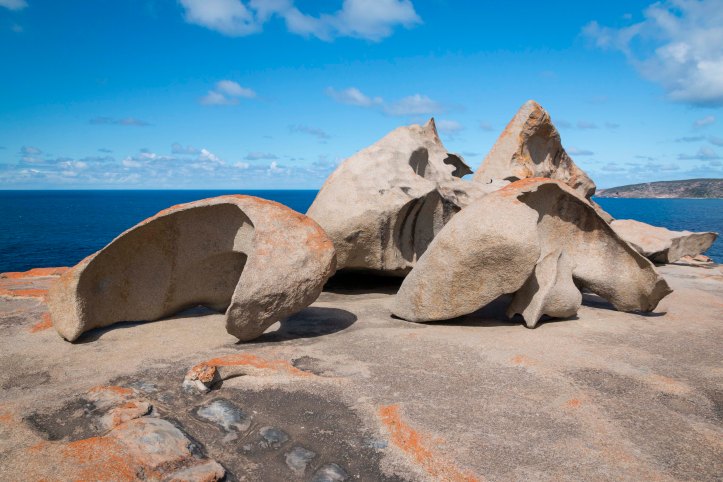 Add to that the neon orange lichen, the sparkling sea and the rugged coastline and you’re in photography heaven. 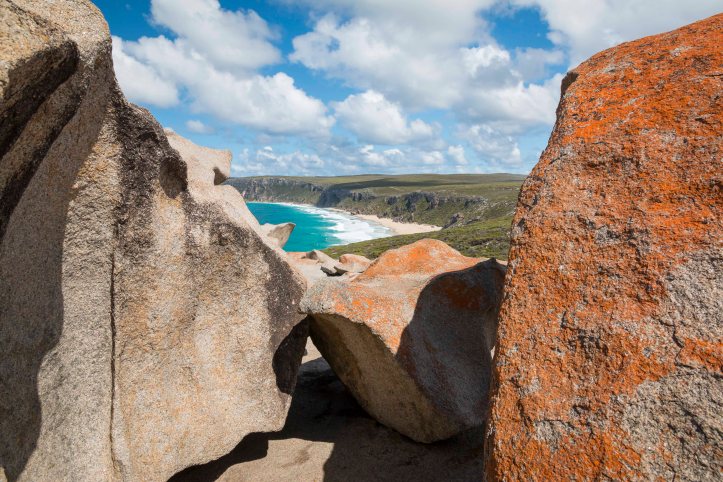 Unfortunately when on a half day tour you don’t get to dictate the time of day you go but we were lucky enough to arrive with the rocks to ourselves, albeit not in spectacular sunset lighting.  It was a spectacular day though, so there were no complaints from us! 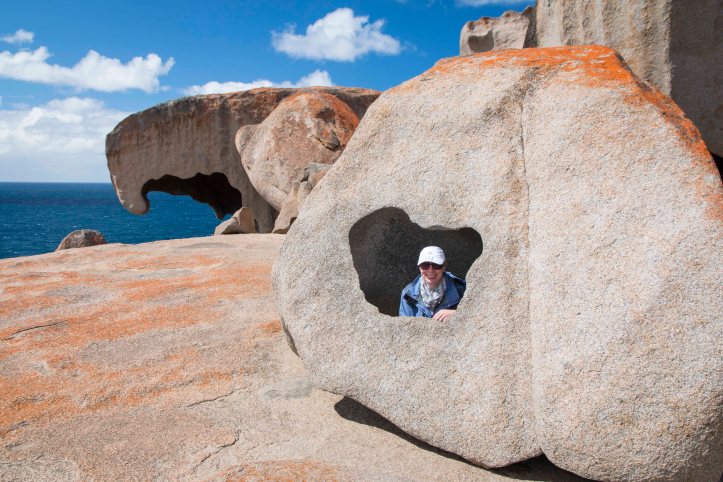 A short drive away is another aptly named geological wonder – Admiralty Arch, home to some stray NZ fur seals and, as the name suggests, a spectacular natural arch. 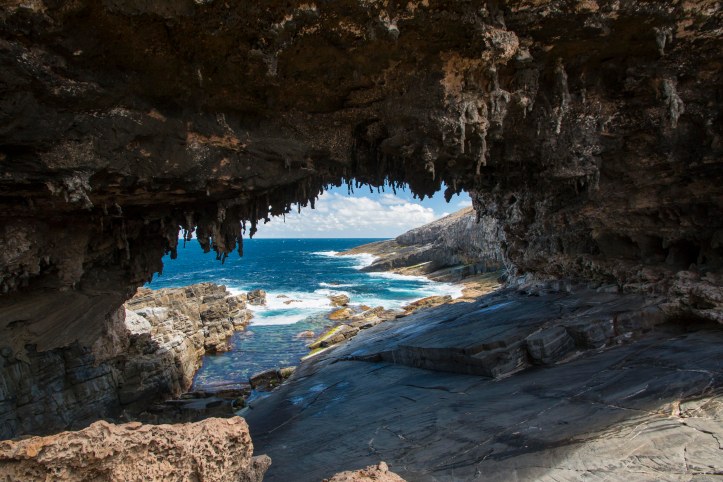 The fur seals didn’t seem to notice their spectacular setting and got on with the business of guarding their piece of rock from any interlopers. 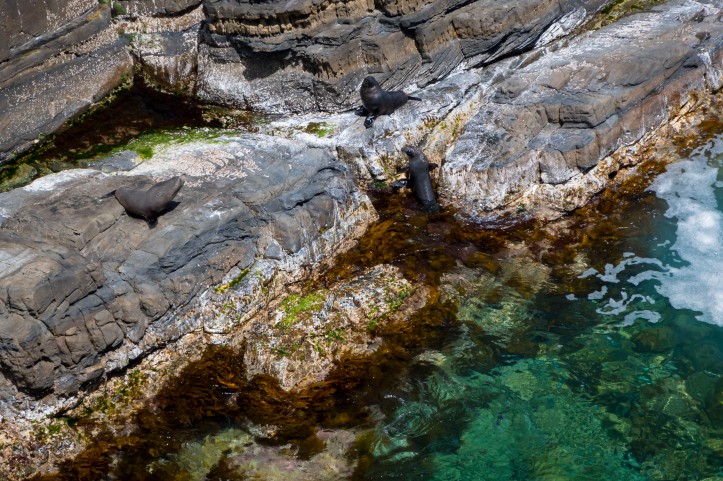 The Remarkable Rocks and Admiralty Arch are in Flinders Chase National Park on Kangaroo Island.  They’re both easy to get to in your own car allowing you to stop for spectacular views (and echidnas!) enroute, or else if you’re lucky enough to be stay at the Southern Ocean Lodge, they’ll arrange an excursion for you. 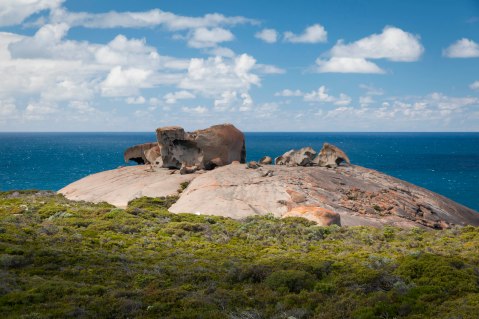 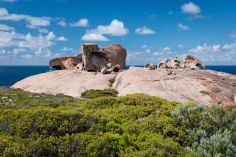 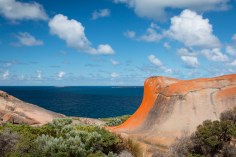 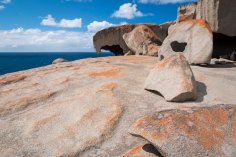 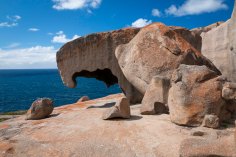 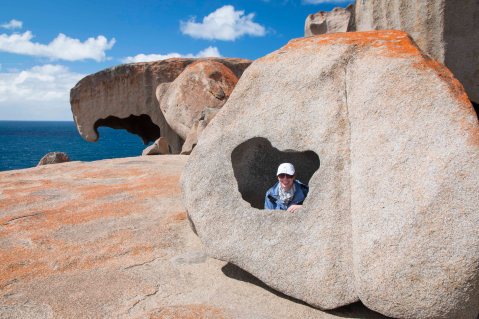 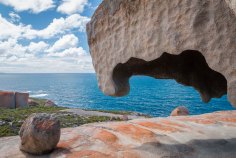 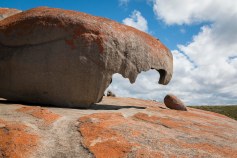 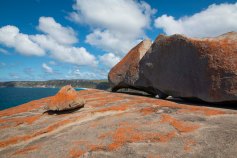 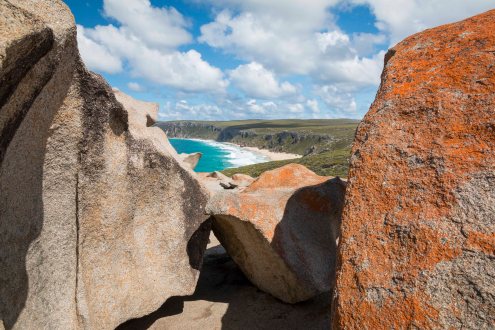 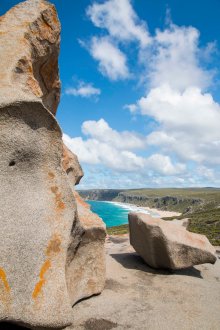 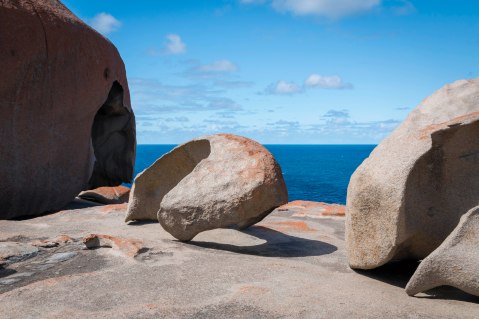 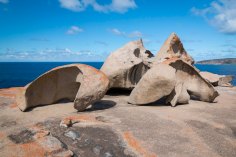 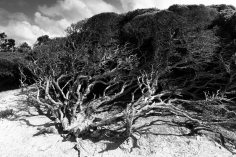 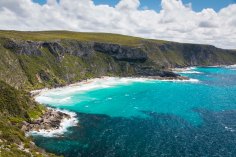 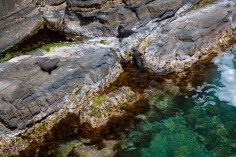 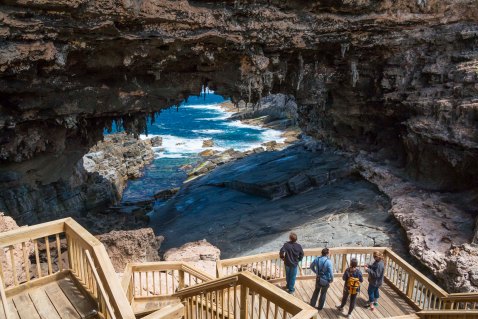 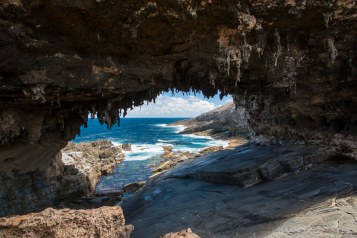 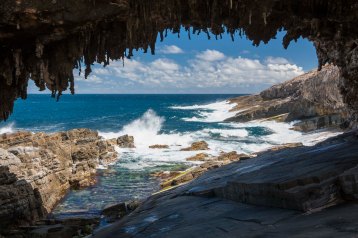 Join me on Instagram for loads more photo and travel Inspo!

Check out some of my previous posts…