Unfortunately not attached to sharks heads a la Dr Evil but pretty impressive nevertheless!  Last year I thought Brisbane had been invaded by visitors from outer space as weird beams of light could be seen shooting out from the city, but it was just frickin’ lasers.

For only the 2nd year ever, Santos will host the City of Lights show which beams lasers from the tops of several key buildings and from the Victoria Bridge as onlookers oooh and aaah.

Okay so it may not be as spectacular as the famous Symphony of Lights in Hong Kong (or as ingenious as “frickin’ sharks with frickin’ laser beams attached to their frickin’ heads”), but I was still impressed and will be visiting again this year in an effort to improve my photographic efforts of last year. 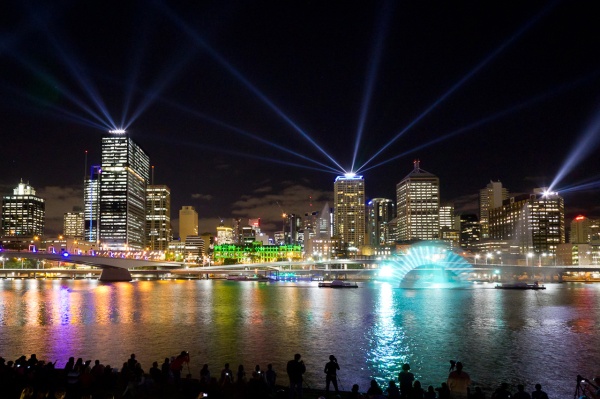 Perhaps even more fun than the Laser show was the Liquid Interactive Light Scope – basically a mirrored tunnel of lights that would interact with people to show their outlines as they moved.  It doesn’t take much to bring out the inner child in me and I definitely wasn’t Robinson Crusoe! 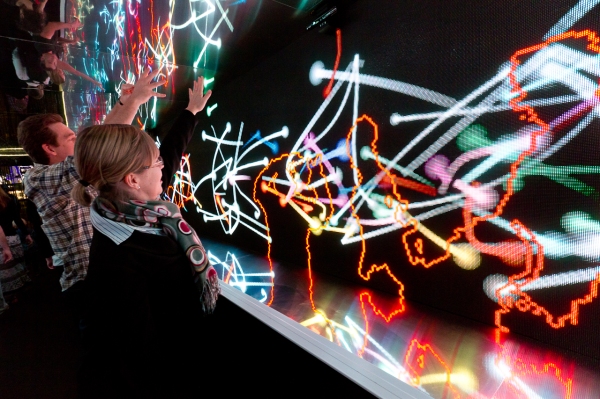 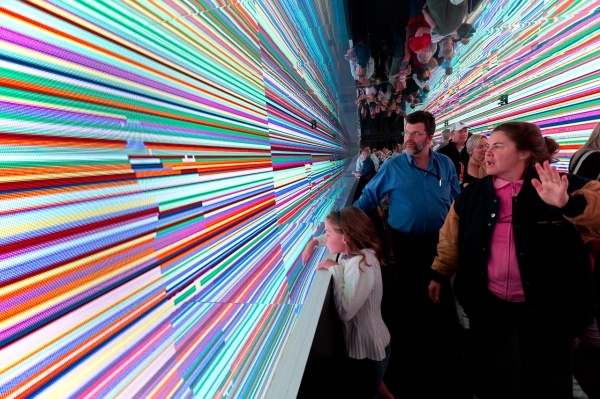 Check out some of my previous posts…